Pekka Sartola, pastor, author and publisher, has carried out significant work in compiling hundreds of documents, decisions and agreements dealing with the issue between the two peoples. Facts are facts and history cannot be changed, no matter how it is viewed today. Is Israel thus a legal state or an illegal occupier of Palestine?

Anyone who wants to form an opinion on the continuing disputes that prevail in the Middle East, particularly between Israel and the Palestinians, should read this book. The arguments presented must first be carefully weighed up, documents examined and only then should conclusions be drawn. Things are not always what they seem. Israel’s position as a state is not, as is generally thought, based on the UN’s Partition Plan for Palestine (Resolution 181) of 29 November 1947. More specifically and looking from a perspective of international law, the grounds for the legal claims of the Jewish people for their own national home are based on the San Remo resolutions of the League of Nations on 25 April 1920, the Mandate for Palestine of 24 July 1922, and Article 80 of the UN Charter of 24 October 1945. These documents on their own form a basic contract of freedom for the Jewish people and the right of Israel to proclaim an independent state. These basic rights have never been repealed in law. 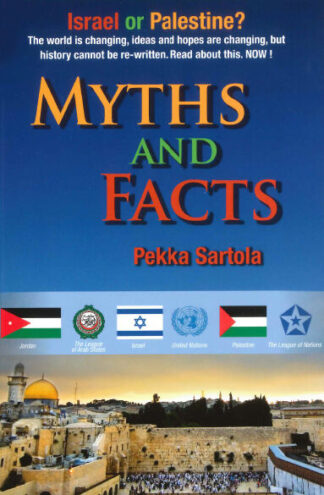